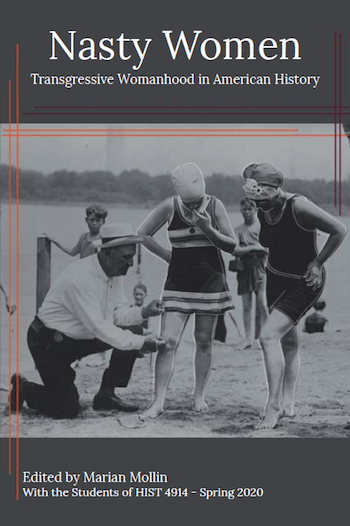 The saying goes that well-behaved women rarely make history. For centuries, American women have been carving out spaces of their own in a male-dominated world. From politics, to entertainment, to their personal lives, women have been making their mark on the American landscape since the nation’s inception, often ignored or overlooked by those creating the record. This collection takes the long view of the American woman and examines her transgressive behavior through the decades. Including stories of women enslaved, early celebrities, engineers, and more, these essays demonstrate how there is no such thing as an “average” woman, as even those ordinary women are found doing extraordinary things. This collection comes at a particularly poignant time, as August 2020 markedthe 100th anniversary of the ratification and adoption of the19th amendment, which – in a landmark for women’s right – granted American women the right to vote.

The MARC records for VT Publishing books can be downloaded here.

This book has not undergone external peer review. See our Peer Review Policies for more information.